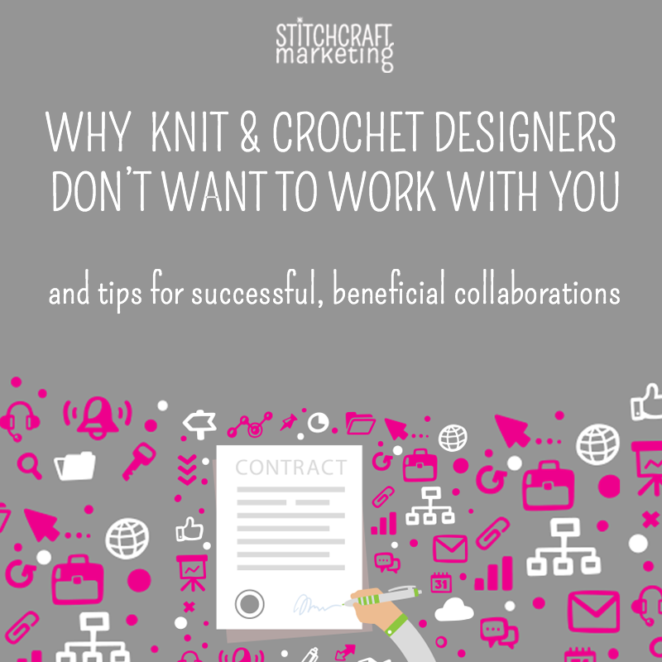 I first started writing knitting patterns in 2010 when I was living in China and teaching English. I wrote patterns because I couldn’t find exactly what I was looking for on Ravelry, and I had lots of ideas of the exact thing I wanted to knit, it was just a matter of making them come to life. At first, it didn’t occur to me that I should care about being paid fairly – I just wanted to get my name out there, and I thought you had to work for free in order to become a big name designer with a book deal. Looking back, I realize I was more or less working for free.

Since then a lot has changed: I have a family and a full time job in the industry (which I love!), and although I still design, it’s never been my main source of income. Now I’m a lot more selective in when, what, and who I design for. I’ve also seen a shift in the marketplace for designers; what was deemed fair compensation in 2010 isn’t the same as what’s fair now. Maybe it’s because my own perspective has changed, but it seems that designers today are more vocal about being compensated fairly for their work.

I spent a lot of time at the June 2017 TNNA trade show talking to both new and seasoned designers alike on their views of the industry. I’ve continued these conversations over email and on Ravelry, and here are some of the most commonly-mentioned issues that have come up during these conversations:

Top 3 Reasons Why Designers Do Want to Work With You

In both of the lists, the most important factor that impacts a designer’s decision to submit to your call for submissions, or not, is the terms. Below are 3  options for terms that we’ve found are fair to both designers and yarn companies.

Royalties with No Exclusivity

The designer and the publisher both have shared rights to a pattern, and are able to publish it from the first day of publication. Yarn company pays royalties on all patterns sold (usually reporting and paying quarterly). Designer has the right to sell the pattern wherever they choose.

Other questions to consider when working with shared rights (note: there’s no right or wrong answer, but be sure to address these questions when drawing up agreements with designers so that both parties can be clear on expectations):

This is a good option for those that would like to buy a pattern outright, but can’t afford an in-house designer. It’s important to mention that most designers will not want their work given away for free, so we recommend that these patterns are offered for sale or given only with a yarn purchase. With a non-exclusive license, the yarn company purchases the right to sell the pattern (usually limited to wholesale and company website) without further compensation. The designer retains the right to sell the pattern wherever they choose.

You may have noticed that we don’t mention buying patterns outright in this list of possible terms, and that’s because we’ve seen a strong shift away from this model (lead primarily by designers). This means that if you can’t hire an in-house design team, you’ll need to work out some form of shared rights for patterns with designers.

I’ve heard from designers over and over that their most successful relationships with yarn companies require clear communication and delivery of what’s been promised. Designers choose to work with yarn companies because they have resources the designer doesn’t–layout, marketing, and photography that is done professionally. In order to maintain successful collaborations, it’s key that you also deliver on your end of the deal.