Craftivism: The Impact Of The Pussy Hat

Home > social media  > Craftivism: The Impact Of The Pussy Hat

01 Mar Craftivism: The Impact Of The Pussy Hat 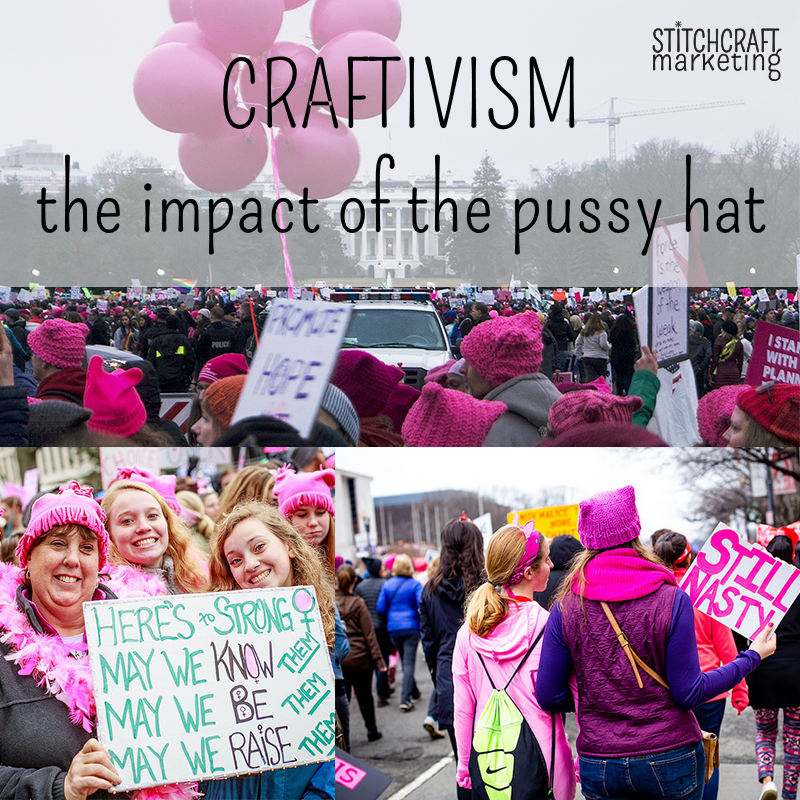 In our previous blog post, we discussed Craftivism’s resurgence during the Women’s March at the end of January. Crafting has become the face of this movement; just look at the front page of the New York Times and the covers of  Time and the New Yorker. In fact, they are so symbolic of the movement that a museum in Massachusetts is collecting hats for a future exhibit. 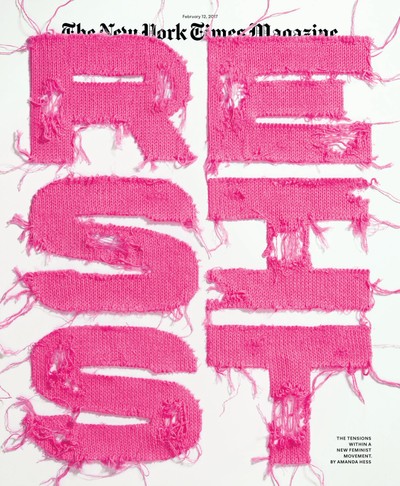 The cover of the New York Times Magazine 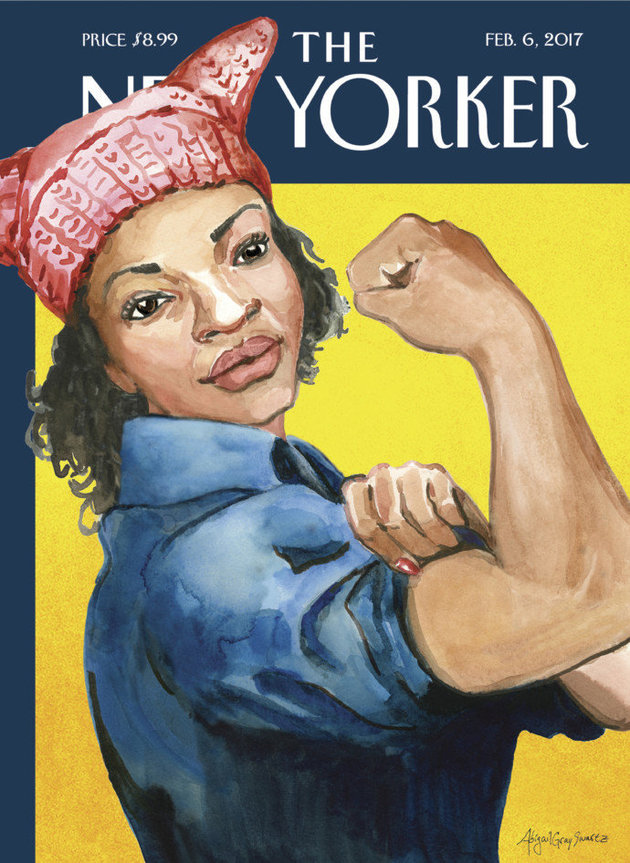 Cover of the New Yorker 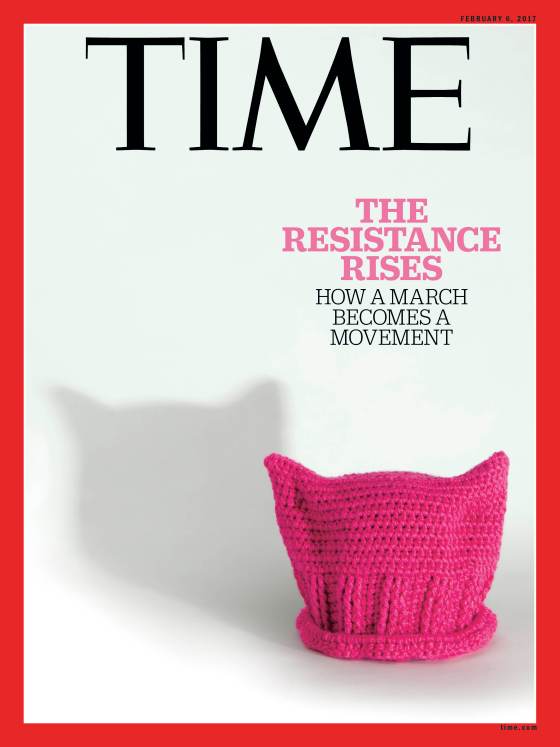 These pink hats weren’t mass produced in China – they were handcrafted by women here in the US through a grassroots effort that began shortly after the election and gathered steam as Kat Coyle’s free pattern trended on Ravelry; since then, over 80 patterns for pussy hats have been published. Pom Pom Quarterly recently announced a live YouTube discussion panel featuring the founders of the PussyHat project and members of the knitting industry who have taken part in this movement. Clearly, pink hats are here to stay.

But what does this mean for those of us in the industry? Will this movement create a new wave of crafters? How do we capitalize on this momentum?

What does this mean for the industry?

This is still the beginning of the movement, and time will tell if it will have a lasting impact on the yarn industry. Lisa Shroyer, content editor at Interweave Press, wrote in a recent article:

We haven’t seen a big influx of new knitters since the mid aughts and the launch of Ravelry. Pussyhats and radical knitting salons might just provide the next wave of knitters. After all, the catalytic book Stitch n’ Bitch succeeded BECAUSE of its kitschy subversion of domesticity, and was authored by Debbie Stoller, founder and EIC of BUST, a third-wave feminist magazine.

There is certainly potential that to entice a new group of knitters, crocheters and other crafters through this movement – but the question is, will they continue to knit more than just pink hats?

Do pink hats have staying power?

The march took place at the same time as the Creativation trade show (focused on hard crafts) and the Winter TNNA show, and many suspected that the pink hat trend would be a flash in the pan – gone as soon as the weekend passed. Although many women picked up their needles and hooks after many years (or for the first time), the consensus was that the hats would get stuffed in the back of a closet along with the yarn once the march ended.

But if social media and pop culture is any indication, this is just the beginning – the moment has given way to a movement. Last week in Milan, pussy hats were featured on the runway at Missoni. Stars such as Cate Blanchette, Krysten Ritter, Nick Offerman and Patti Smith have all been spotted wearing pink hats in public, and Instagram posts using the #pussyhatproject tag clock in at over 53k and counting. There is sustained interest in these pink hats and what they symbolize.

How do we capitalize on this momentum?

This depends on how political you’d like to be. As a marketing agency, it’s tempting for us to recommend clients monetize every opportunity, but you run the risk of coming off as disingenuous. It can also cause unexpected backlash – consider the case of Uber, who was accused of profiting from the taxi strike at JFK during a protest about President Trump’s executive order to ban immigrants from 7 countries. After tweeting that they would lift their surge pricing, the #deleteuber hashtag trended on Twitter, causing many to remove the app from their phones. Although this wasn’t intended as a political statement from Uber, it was interpreted as one by many of their users.

Some LYSes have participated in the trend without taking an overt political stance (“I just sell the yarn, and I don’t care what it’s for). Depending on your level of comfort, this may be the right choice for you, too. But if you choose to move forward with public support of the pussy hats or any symbol of the movement, make sure that you’re not just trying to make a buck – rather, you are supporting the movement by selling pink yarn. There is a significant difference in messaging and approach between the two, and treading that line will be a careful balancing act. If you are interested in supporting the movement while promoting your brand, here are some ideas:

Visibility will be key to getting more people to knit. When times are tough, people need to feel like they are in control and doing something – and they also need to de-stress. As crafters, we know all the amazing benefits of knitting (and crocheting), and that it can be all of these things and more. Those ubiquitous pinks hats have become the signal of a political movement & solidarity. Are you in or out? If you’d like help navigating this new frontier contact Leanne.